WARNING: There are spoilers ahead for the latest episode of The Walking Dead. END_OF_DOCUMENT_TOKEN_TO_BE_REPLACED

Join us as we preview season six of AMC’s The Walking Dead.

WARNING: There are spoilers ahead for season 1, episode 2 of Fear the Walking Dead.

If you complained complained about last week’s slow buildup, then you must have been satisfied with the more chaotic narrative of “So Close, Yet So Far.” We’re almost at the full-blown outbreak, but the writers are doing a good job of not overloading us with walkers. By my count, we’ve seen seven so far (counting the one in the cell phone video in the pilot episode). We’ve only seen two up close and attacking characters. This is good. We know what’s going to happen, and the writers understand that. For now, they’re doing a job of telling how the world fell apart without making it fall apart too quickly. At the pace the show is going, we shouldn’t see the complete outbreak until the end of the season (it’s a six-episode season), and that’s fine by me.

George A. Romero was famous for lacing his Dead film series with social commentary, and I feel like the Fear the Walking Dead writers are doing that with the police scenes in this episode. Unless you’re completely disconnected from the world, you know that there have been widespread accusations of police brutality in America. The writers did a good job of acknowledging that issue while still managing to tell their story. It’s a fine line to walk, especially since the viewers know that the cops were right in this story, but the writers managed to pull it off without being too on the nose about it.

Travis, Madison, and the Kids

Travis and Madison have a family-oriented storyline going on. Travis’ son (Chris) seems to want nothing to do with him while Madison’s son (Nick) isn’t really functional right now. As Nick is going through his painful withdrawal, Alicia wants to be anywhere but with her mom. The kids are interesting because they’re old enough to take care of themselves in this scenario, but we don’t know if they’re emotionally mature enough. Nick has killed someone, but he was in an altered state of mind. Chris is being written as an idealist, and may develop into a character who has trouble letting going of the old world. Alicia is being written as a stereotypical self-centered teenager (please learn how to write women, TWD writers) who will probably take the longest to accept that her world will never be the same.

I like how this is going; every character can’t become a zombie-killing machine overnight, and one thing Fear the Walking Dead is getting right over the original series is character development. The main reason for that is we’re actually getting to see the characters develop. Think of most of the characters in The Walking Dead. Carl, Carol, Andrea, etc. did most of their growing off-screen between seasons. While two episodes is not nearly enough to say that format has changed, we are getting to see these characters come to grips with their changing world.

WARNING: There are spoilers ahead for the pilot episode of Fear the Walking Dead. END_OF_DOCUMENT_TOKEN_TO_BE_REPLACED 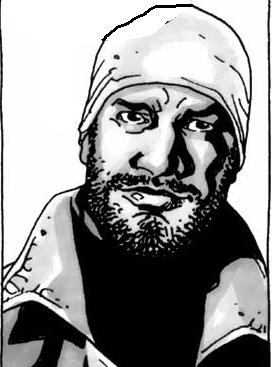 Warning: There are spoilers for both the show and the comic book ahead. If you’re not caught up on either, stop reading now! END_OF_DOCUMENT_TOKEN_TO_BE_REPLACED

The season premiere of The Walking Dead is less than 24 hours away and we are giddy with excitement! In this special episode, we discuss where we left Rick and the Gang and the various directions we see the show headed in the future. We also play a whirl-wind game of who lives and who’ll be Walker-bait. Enjoy!