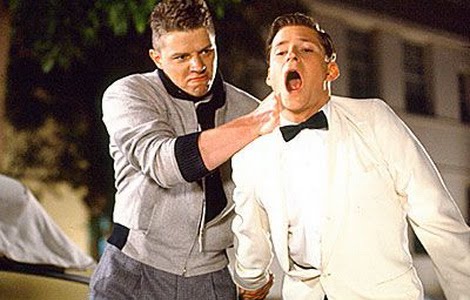 In this episode, we talk about casting news in Hannibal, our thoughts on Marvel’s Agent Carter, and our favorite TV and movie bullies.

Check it our here! 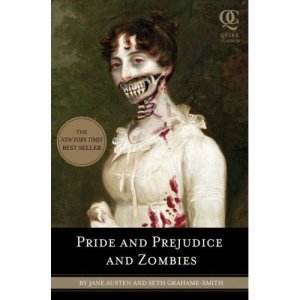 Have you guys read Pride and Prejudice and Zombies? If you haven’t, you probably should. First, because the Lit major inside of me looks down her nose at anyone who hasn’t read (& loved) Jane Austen’s classic. And second…zombies, you guys! The book is a lot of fun and surprisingly well written. The whole zomb-pocalypse angle isn’t just dropped into the plot of the book, it’s woven into the fibers of the story until you begin to wonder if this hadn’t really been Austen’s intention all along (it wasn’t).

And apparently the idea of finding true love while hacking apart a few zombies in Regency period England is so compelling that not only is there a book, but there’s also going to be a movie!

END_OF_DOCUMENT_TOKEN_TO_BE_REPLACED

So Aubrey Plaza is pretty much my hero and Grumpy Cat was my spirit animal (until she totally sold out). So my universe barely lifted an eyebrow when I learned that Plaza will be the voice of GP in Lifetime’s Grumpy Cat’s Worst Christmas Ever.

I am, however, kind of bummed that they’re doing a Lifetime movie at all. I expect that Grumpy Cat will somehow become a kidnapped teen mom and that’s why it’s the worst Christmas ever. 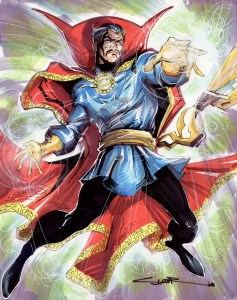 As you’re probably aware, Marvel has its movie franchises mapped out for the next 1000 years, give or take. Personally, this fills me with a sense of well-being; content in the knowledge that I’ve no need to worry about my entertainment future because Marvel will fill my lifetime with fun and ass-kickery. 2016 should prove no exception with reports that Doctor Strange will be joining the currently untitled Captain America 3 project (which will have the same release date, May 6, as Batman Vs. Superman: Dawn of Justice). Huzzah!

If your face hasn’t melted off from all the awesome, let’s discuss the news that Joaquin Phoenix is currently in talks to play Doctor Strange. Apparently, he is in FINAL talks. So can we assume that’s pretty much a done deal? Let us know when the ink is dry, Kevin Feige. For now, I’m pretty happy speculating on what Phoenix could bring to the role of Strange, a former neurosurgeon who becomes the most powerful sorcerer in the world. Phoenix’s patented dark and broody personality could be interesting with a plot that centered around Stephen Strange’s temptation to use black magic. Also, even when he was “pretending” to completely lose his marbles and become a rapper or whatever, I’ve always respected Phoenix’s dedication to a role. He seems like he completely commits himself to his character.

So what are your thoughts, fellow Avengers? Do you approve of Joaquin Phoenix playing the Sorcerer Supreme? Or are you just amped that Marvel is mining yet another comic series for our viewing pleasure? Let us know in the comments!

UPDATE: Bad news, guys. Turns out an agreement could not be reached and Joaquin Phoenix is no longer being considered for the role. We’ll be following this story and reporting as it develops!

Via The Nerdist, Matt Damon and Paul Greengrass are reuniting for another Bourne film.