Skip to content
HomeKey Points of The Walking Dead Season 9, Episode 5 “What Comes After” 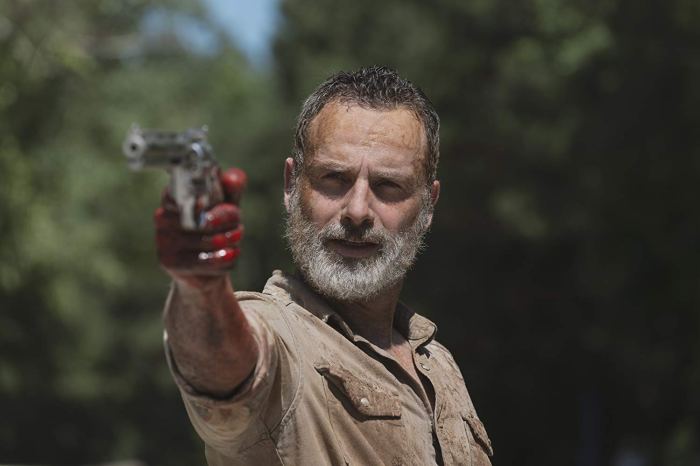 Rick is Gone But Not Forgotten. Also, Not Dead

I spent the day emotionally preparing myself to watch the death of a character that I’ve been following intently for nine years. If you’re reading this, by now you know that Rick did not die but was whisked away by the mysterious people in the helicopter. You’ve probably also heard that AMC will be making a series of made-for-TV movies focusing on Rick. As I’m thinking about the story that unfolded in this episode and the aftermath of it, I’m having very mixed reactions. On one hand, I’m happy that Rick is alive as, despite the waning quality of the show the last few years, he’s been one of my favorite characters of any television show. On the other hand, I feel like this is the second time the writers have thrown the audience into an emotional turmoil over the death of a character only to tell us later that he’s not really dead (Glenn’s first “death” is the other time I’m referencing, in case you didn’t know). While looking back on it, no one explicitly said Rick was dying, but I think it’s safe to say most of us assumed it. So, I guess it’s our own fault for doing this to ourselves.

As for the actual episode, it was as emotionally hard to watch as I imagined. The Shane scene was amazing and it got me thinking about how Rick really did transform into the guy Shane wanted him to be way back in season 2. The Herschel scene was hard to watch not just because he was a great character whose loss has been felt throughout the series, but because we were getting one last look at the late Scott Wilson. The Sasha scene was jarring because of all the dead bodies, many of whom were familiar if you looked closely. Lastly, his final hallucination was a gut-punch when you realized it wasn’t real. Even though Rick didn’t die, this whole episode made it feel like he was and he was given the perfect ending.

Jeffrey Dean Morgan remains the highlight of this show. I don’t know where this story is going with him, but his one scene tonight went a long way towards humanizing him. Normally, I wouldn’t be wondering if a character like him is getting a redemption arc, but with this large time-jump happening anything is possible.

I’m looking at this with cautious optimism. The show just lost its main character and is now giving us a six-year time jump, two things which can kill a show. I’m not saying this series is coming to an inevitable end, and I will certainly continue to watch it, but I am saying that the writers really need to nail it with this one.