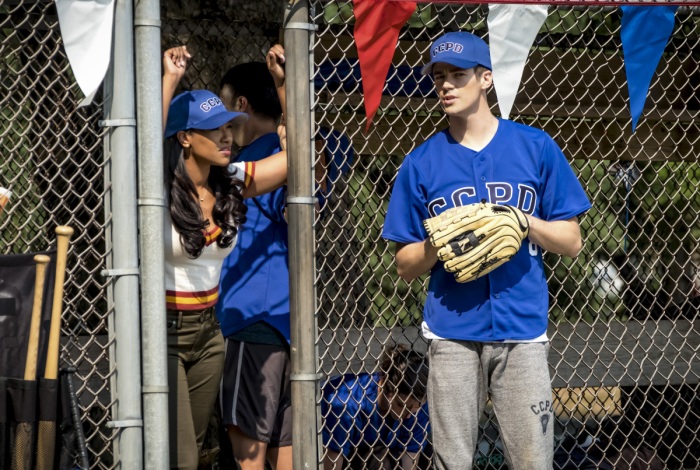 WARNING: There are spoilers ahead for the latest episode of The Flash.

We finally learned why Nora has given Iris the cold shoulder since appearing in this timeline and it’s a little surprising and aggravating. It’s surprising that Iris would choose to dampen her daughter’s powers but, as she and Barry both pointed out, I’m sure she will have her reasons. It’s aggravating that Iris just suddenly decided that she made the right choice without even knowing what her future reasons are. I mean, she didn’t even ask Nora any questions; she was just like, “I know you’re mad at me and I did something present me can’t even comprehend but I made the right choice.” What are the writers doing with Iris right now? Last year the writers went a long way towards solidifying her as the true leader of Team Flash and this moment doesn’t come close to undoing that, but holy hell do I hope they don’t take the seed they planted in this scene and let it grow. Let Iris come to her senses like the intelligent character we all know she is.

Sherloque and Dibney Do Detective Stuff

Is there anyone who doesn’t think Tom Cavanagh is the most diverse actor on this show? If you don’t think that then you’re wrong. To date, he’s played probably close to a dozen iterations of Harrison Wells, all of which have been great, but this one may be the most entertaining. Not only is his humor on point this season, but he’s doing a fantastic job of keeping us on our toes wondering if he’s truly a genius detective or a fraud. Of all the Wells we’ve seen over the years, I hope this is the one that sticks around.

I also like what the writers have done with Dibney this year. Last season, I thought they spent too much time on stories that showed Ralph learning how to be a functioning human being. It was fun at first but it happened too many times and it got stale. This season, they’ve managed to keep that naive nature in the character while also transforming him into a more competent superhero and detective. This is the Ralph Dibney I want to see more of.

I don’t think we learned anything new about Cicada this week but we got confirmation on a theory I had last week: Cicada was injured in The Thinker’s final attack on Central City last season and it gave him metahuman powers and an injury that requires the wearing of a breathing mask. We don’t know if his daughter was injured in the same attack but I’d bet that she was. This explains his grudge against other metahumans and it also gives him a direct reason for having a grudge against The Flash.