Skip to content
HomePlot Lines of The Walking Dead: Season 8, Episode 15 “Worth” 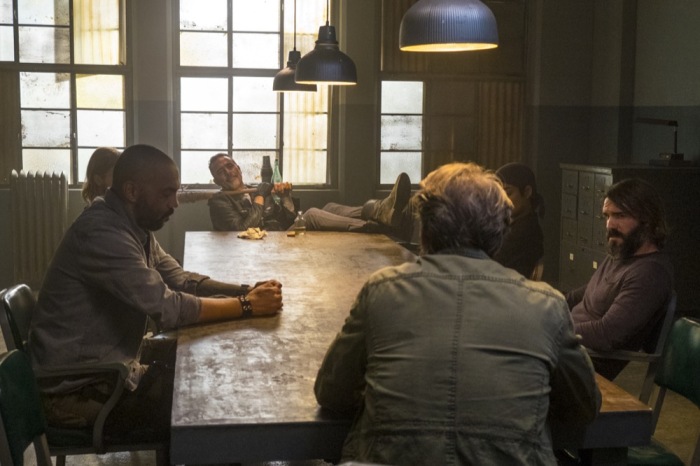 Negan made it back to the Sanctuary and quickly regained control of everything. In typical Negan fashion, he didn’t simply walk into the place and bash heads but instead strung along his victims, Simon and Dwight. This actually made for some captivating storytelling that has been lacking in The Walking Dead. I really have to hand it to the writers for the way they handled tonight’s story. In the past, I think this might have been dragged out for another two or three episodes after Negan returned to the Sanctuary. Instead, everything was wrapped up nicely in one episode and it made the writing feel tight. This is another example from this season of vastly improved writing.

For the first time in a while, we got some time with Eugene and it did not disappoint. It was a nice mixture of Eugene getting the punishment we’ve all been waiting for and Eugene finally asserting himself and choosing a side once and for all. Despite being with the Saviors for a season and a half, many people were still holding out hope that he would have a dramatic turnaround and come back to the Alexandrians. After tonight, I can’t see how that’s possible. Not only is it clear that the Alexandrians don’t want him back in any capacity except a useful prisoner, Eugene has now fully doubled down on being a Savior. That is thanks to Rosita understandably reading him the riot act for everything he’s done to get Alexandrians killed.

I also want to point out how grossly ingenious it was for Eugene to force himself to vomit all over Rosita in order to get away. This was reminiscent of his infamous crotch bite of Dwight in season six, episode 14. Say what you want about Eugene and how much of a coward he is, but he can come up with some pretty amazing ways to survive when he has to.

We finally got to hear what Carl wrote to Rick and Negan. Although his words were pretty much what we were expecting, forgiveness, cooperation, mercy, etc., it was finally nice to hear them and get the letters out of the way. I have a feeling Rick will take the letter to heart more than Negan will. I think Carl expected that given the content of the letters. He told Negan that he didn’t have to fight, that there can be forgiveness and cooperation, but he told his dad he understands that Negan has to die but that there are still innocent people in the Sanctuary. This felt like Carl playing to his audience and knowing that Negan would need the greater push over Rick.

We got a few scenes with Aaron and they didn’t really push the story along too much. I can see this ending either one of two ways: either the Oceanside people show up at the last second next week and save the Hilltop, which is predictable, or nothing happens and we don’t hear about this again until next season, which would be bad but also predictable given the sometimes sloppy writing of this show.