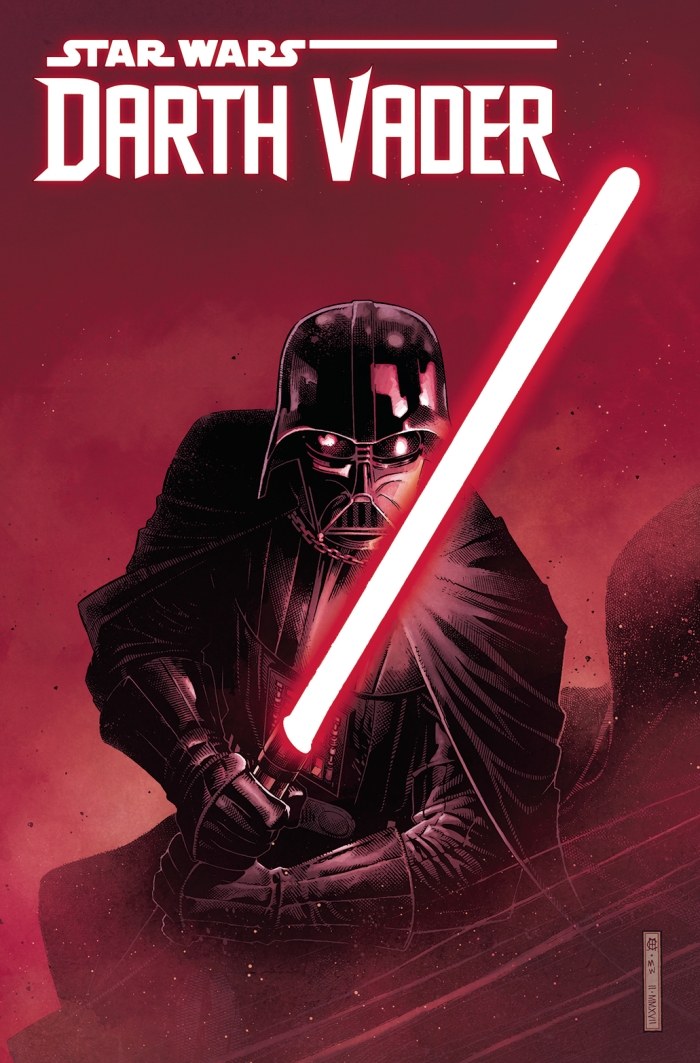 WARNING: There are spoilers ahead for Marvel’s Star Wars: Darth Vader #1.

Today Marvel released their latest series in the new Star Wars lore with Darth Vader #1. Marvel has been doing great things with Star Wars since the company reacquired the license back in 2014 but I think the first issue of this new series by writer Charles Soule and artist Giuseppe Camuncoli was a cut above the rest. As promised by Soule in teaser interviews leading up to the release, the story starts off at the end of Revenge of the Sith when the newly formed Sith Lord rose from his medical slab and Forcefully laid waste to everything around him. As with most of the entries into the new Star Wars canon, this issue gave us some new insight into some things in the galaxy far, far away.

We saw in Revenge of the Sith Vader releasing himself from his restraints while painfully screaming, “No” and destroying the surrounding room. Soule extended this scene to show Vader Force pushing Palpatine into a wall while angrily lamenting the fact that Padme could not be saved. Palpatine then informed his new apprentice that Padme’s death gave Vader the gift of pain and he could either choose to use that gift or die. As Vader made the choice to live, Palpatine struck him with Force lightning, bringing him to his knees. The Emperor then said, “I realize this has been a traumatic time for you, but if you touch me with the Force again, I will finish what Kenobi could not.” Palpatine then ended the moment by saying, “You are my friend, Lord Vader. I do hope we never find ourselves in this position again.”

This scene did a great job of establishing the relationship between Vader and Palpatine. In Legends continuity, the two had an antagonistic relationship and that partially carries over to here. In the old timeline, the Emperor had initially written his new apprentice off after his failure at Mustafar, but here Palpatine seems to recognize that Vader still has great potential. I like that Soule has chosen to go in that direction. While I always liked the idea that Vader was somewhat of a self-made Sith Lord, using his pain and hatred to guide his path, that story has already been told. I like that we may now be getting a story where the Emperor is guiding Vader down his path from the very beginning.

The Jedi Post-Revenge of the Sith

This issue also gave us a scene with Mas Amedda, the administrative head of the Galactic Empire, declaring to a group of onlookers that the Jedi are no more. A group of stormtroopers then threw a bunch of lightsabers into an incinerator. Vader and the Emperor looked on as the Jedi weapons erupted into a giant flame.

This scene didn’t offer much in the way of new information as we already knew that most of the Jedi were purged as the Republic fell, but it was cool to see their end declared and their weapons destroyed. This scene was also intercut with one of the most important parts of the issue.

We learned in the novel Ahsoka by E.K. Johnston (one of my favorites of the new canon) that Sith lightsabers are red because of a process known as bleeding. This issue went further into that process. Kyber crystals, the crystals that give a lightsaber its color, are living objects. For Jedi, the crystals call out to the user and give off a color based on the Jedi. For Sith, the process is much more sinister. The crystals can feel the pain of a dark side user and “bleed” until they give off the red hue that we associate with the Sith.

This story from Palpatine set up the first arc major arc of Vader constructing his new lightsaber. In the old canon, Jedi found their Kyber crystals with the color already intact while Sith used synthetic crystals for their weapons. In the new canon, Sith took the crystals of defeated Jedi and bled them until they turned red. Palpatine could have given Vader any of the lightsabers that were about to be incinerated, but a Sith’s lightsaber is taken, not given. This means that not only will the series show more of the Jedi Purge, but Vader will inevitably be fighting at least one Jedi sans a lightsaber. This is exciting. If you thought Vader’s moment at the end Rogue One was great, wait until you see him take on a Jedi master using nothing but his knowledge of the Force.

I thought Charles Soule did a great job of reintroducing us to Vader. He struck a balance between giving us the character we’ve known for years while also making us feel like we were meeting him for the first time. This was an excellent entry into the new Star War canon and I highly recommend reading it.