Skip to content
HomeRogue One: A Star Wars Story Thoughts 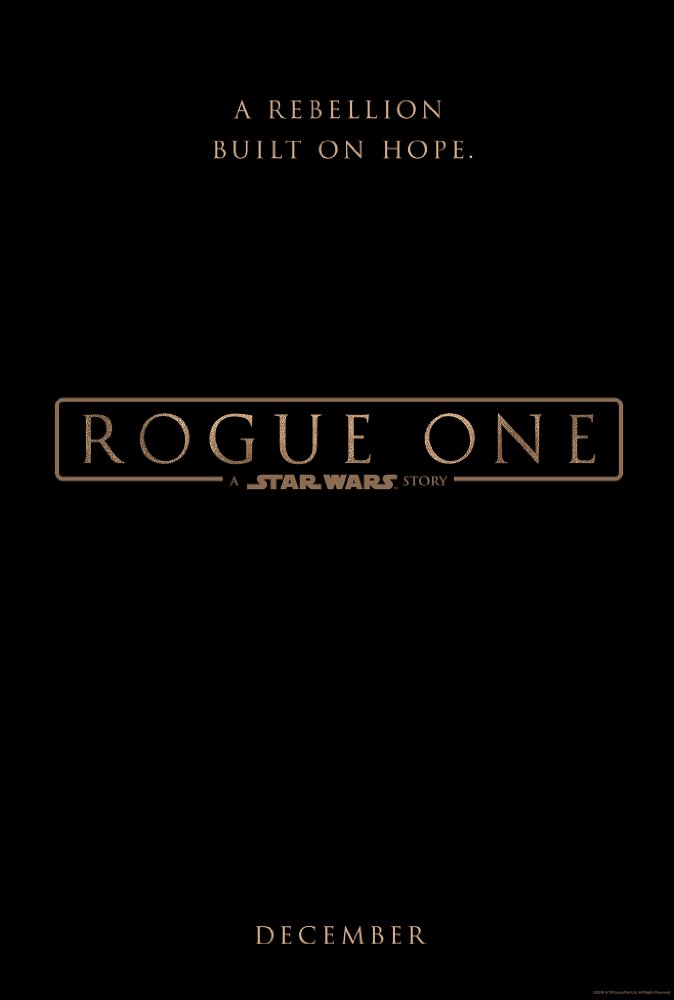 WARNING: There are spoilers ahead for Rogue One: A Star Wars Story.

At first glance, this may look like another 2016 Disney product that underused the immense talents of Mads Mikkelsen, but nothing can be further from the truth. Galen Erso was arguably the most important character of the film. Not only was he responsible for the rebellion obtaining the plans to the Death Star, but his character resolved one of the most often-cited issues fans had with A New Hope – that exhaust port. We’ve all heard the question being asked time and time again, why would the Empire build this massive weapon of mass destruction only to leave one fatal flaw for an enemy to exploit? It was one of the most famous plot holes of the saga. This film provided an answer to that question and did it in a way that added a new hero to the pantheon of Star Wars legends.

I like that Gareth Edwards and Tony Gilroy wrote Galen in a way that he could help build the Death Star and still come away blameless. As he said in the holocron message to Saw Gerrera, the Empire was going to build the Death Star with or without his help. If he listened to his conscience and resisted, then the Death Star would have been built without this flaw and the Rebel Alliance would have been left hopeless. Because of him, the galaxy had a fighting chance against the Empire. Yes, the people of Alderaan might have something to say about that, but there are countless other planets that were saved because of his selfless act of defiance against the very people that cost Galen his family. We should hold him up amongst the likes of Luke Skywalker, Obi-Wan Kenobi, and Leia Organa. He is the catalyst for the Rebel Alliance being able to fight the Empire.

Before I even set foot in the theater I had a feeling all of the rebels were going after the Death Star plans were going to die, so I was determined not to get too attached to them. However, I couldn’t help enjoying every second of Felicity Jones’ screen time as Jyn. In an alternate universe where the sequel to this film didn’t come out 40 years earlier, she could have survived this movie and gone on to be one of the greatest characters in all of Star Wars. She had the scoundrel-like attitude of a Han Solo but the naive heroism of a Luke Skywalker. She started off only wanting to save her father but eventually drank the rebellion kool-aid and went on a suicide mission to save the galaxy.

Cassian had the opposite character arc of Jyn Erso. He entered the rebellion as a true believer and spent his life doing everything he could to sabotage the Empire’s schemes across the galaxy. Much like Galen, Cassian should be looked upon as an important character for his actions and his words. Watching the original trilogy, one might come away thinking it was a glorious rebellion where the Empire was toppled with passcodes bought on the black market and cute little Ewoks. Cassian was written in a way that makes it clear for the viewer that this war against the Empire was ugly. In the first scene where we meet him, he learns of the Empire’s plans to build the Death Star then he kills his own informant before making a clean getaway. He told Jyn that he’s had to do some ugly things that keep him awake at night, but he tells himself he does these things so the galaxy can be free. This is the first time in the history of the saga that it’s acknowledged that the rebellion may not be quite so clean. The Empire is terrible, and terrible things have to be done to defeat it. It’s something we’ve all suspected, but Cassian is the one that introduced a Machiavellian mindset to the Rebel Alliance.

I loved these two.  The Force Awakens, through Lor San Tekka, introduced us to the idea that there are Force worshippers in the galaxy who aren’t actually Force-sensitive. The Jedi, at its heart, is a religious organization so there are bound to be people who also worship the Force. While it’s not made clear if Baze is really a true believer until the end when he sacrifices himself, these two men devoted their lives to guarding the entrance to an ancient Jedi temple on Jehda. While they may be overlooked in the grand scheme of things, their story further adds to the Jedi mythology that Lucasfilm is building with the new canon.

I’m happy to see that Lucasfilm doesn’t seem to have the same problems with its villains that its sister-company, Marvel Studios, has. Krennic is an evil bastard and that’s how Star Wars villains should be. This is man singularly devoted to building a planet-destroying weapon with seemingly no misgivings about the innocent life that will be lost. He only cares about the Empire and the Death Star. While he doesn’t seem to add anything new to the story except a cool uniform we haven’t seen before, he doesn’t have to. Not every new character has to be groundbreaking in the way they add to the Star Wars mythology; sometimes they can just be a cool character.

It’s necessary here to discuss both Tarkin the character and Tarkin the rendered character. While the character was just as amazing as he was when Peter Cushing first brought him to life in 1977, the look was a bit of a distraction to me. The CGI was pretty good, but I don’t think we’re yet at a point where a character like that can act alongside actual living actors. By comparison, Leia and Gold and Red Leaders, also CGI characters, looked fine. But they weren’t acting alongside anyone. Still, the CGI was pretty good and we may be 5-10 years away from Lucasfilm being able to so something like a Luke Skywalker story that takes place between A New Hope and Empire Strikes Back, but the technology should have been saved for a later date.

This is the Darth Vader we’ve read about and watched in products like Star Wars Rebels but have never seen on film. Darth Vader is one of the most powerful Sith Lords of all time, but we’ve never gotten to see that full power on display. When he was fighting Obi-Wan on the first Death Star, he was being overly cautious because even in his old age Kenobi was a competent fighter. He was holding back with Luke because he was trying to turn him over to the dark side, not kill him. Vader did not have any reason to hold back as he boarded that rebel ship. It’s a shame that we may never get to see Vader on film again because that small tease of his abilities was not enough.

Lucasfilm’s first shot at a non-saga film hit the mark. Rogue One stands alone as its own style of a film yet still fits in perfectly with the rest of the saga. The story was steeped in Star Wars mythology in a way that made it both entertaining and important. If this is what we can expect from the Star Wars anthology films then 2018 can’t come soon enough.