WARNING: There are spoilers ahead for Marvel’s Captain America: Civil War.

I had such high expectations for this film that it was almost sure to disappoint me. Civil War is one of my favorite Marvel events of all-time, and I’ve spent plenty of time since this was announced thinking about how this story could go. Since Marvel Studios doesn’t own the rights to many of its own characters, all the possible ways this story could go was seemingly endless as well as unknown. Every scenario that popped up in my head got me excited for this movie, and my hopes were soaring. I didn’t think it was possible, but this movie actually exceeded all of those hopes and expectations. For me, this was easily the best of the Marvel Studios films and it’s not even close. This, of course, isn’t meant to knock the films that have come before it; many of them were great films and deserve multiple viewings. Civil War simply sets itself apart from its predecessors in such a way that I have to wonder if the MCU films have peaked. It’s hard to believe that’s possible, especially with the near-endless line of films on the way, and with at least two more of those being directed by the Russo Brothers and written by Christopher Markus and Stephen McFeely. If any group can manage to top this outing it’s those four. But that’s going to be a tall order. This film hit every single action and emotional point for me in a way that a film hasn’t done since Empire Strikes Back.

This Was Definitely a Captain America Film

Since the film and the cast were announced, there were assumptions flying around that this was really another Avengers sequel disguised as a standalone Captain America film. It was such an easy assumption to make with all but Thor and Hulk making an appearance. However, this film, from beginning to end, belonged to Captain America (I admit this is a subjective opinion; you may have a perfectly valid reason why you think this was really an Avengers film). Rather than being a sequel to Age of Ultron,  this was a direct follow-up to The Winter Soldier. While this film did tell the story about Steve and Tony and their respective views on the Sokovia Accords, it was really the story of Steve and his personal quest rescue and redeem his best friend, Bucky Barnes. That’s what this film was really about, and the whole civil war aspect, while not necessarily a red herring, was definitely secondary to that plot. That’s not to say it was poorly written or that this film struggled to tell two different stories; both plots managed to complement each other fantastically. 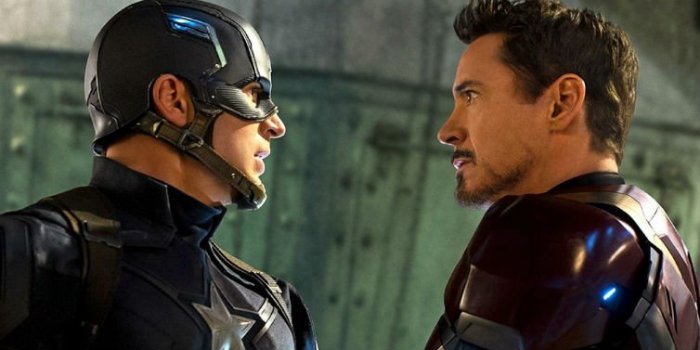 I thought the adaptation from comic-to-film was done in a way that made sense for this film. In the source material, Cap and Stark were at odds over the Superhuman Registration Act. Cap didn’t think it was right to make superheroes reveal their secret identities, thus making them open targets for the villains they had been fighting for decades. Secret identities aren’t really an issue in the MCU. The only character that really hides his true identity is Daredevil and he wasn’t featured here. As a result, Markus and McFeely turn the issue into a matter of who the Avengers would answer to and how they would respond to threats. Cap fears that the United Nations may send the Avengers somewhere they don’t want to go or ignore a valid threat while Stark thinks the time is right to the group to be held accountable to a governing body. Just like in the comic, both sides have valid points, and it’s possible to side with either one without being wrong.

The real fight between Rogers and Stark ended up having nothing to do the Accords and everything to do with the murder of Stark’s parents at the brainwashed hands of Bucky.  Think of all the times over the past year you saw the clip of Cap saying, “He’s my friend” and Stark replying, “So was I.” We all assumed that exchange was over the Accords. It’s become exceedingly gut-wrenching now that we know the true context.

If I were to do an Avengers power ranking, Scarlet Witch would have shot way up after this film. We all thought Cap’s side was a little underpowered compared to Stark’s, but that ended up not being the case largely because of Scarlet Witch realizing the true extent of her powers. She was great in Age of Ultron, but she was a new enhanced person, and the character had to share development with Quicksilver. Neither was the case in this film, and she ended up as one of the most interesting characters. Olsen’s performance made us feel for Wanda after the building was blown up in Nigeria, and we felt her feelings of betrayal when Stark and Vision turned against her. Even though Vision was poised to become a favorite character of mine after Age of Ultron, a part of me still cheered when she managed to subdue him while escaping Avengers headquarters.

Other than Spider-Man, there wasn’t a character I was more excited to see in this film than Black Panther. The best part of his characterization was how he’s just as independent in this film as he is in the comics. I was actually worried about that. He’s a king and should answer to no one, yet he made his introduction in the MCU standing with Team Iron Man. It turns out that he is, in fact, his own man who answers to no one. He’s fighting with Iron Man as a means to an end, and that end is killing Bucky as vengeance for killing his father, T’Chaka. This was a great origin story for Black Panther, and telling it concisely here allows Ryan Coogler to jump right into a more exciting one later when he directs Black Panther.

Speaking of getting origin stories out of the way, I was happy with how they handled Spider-Man. This is the third iteration of Spider-Man in 14 years, but it’s the first for Marvel Studios. I trust Kevin Feige and company when it comes to making films, so I would have gone along for the ride if they decided to make a third origin story, but I would have thought it unnecessary. We all know who Spider-Man is. Most of us have seen the films with Tobey Maguire, and some of us have seen at least one of the two films with Andrew Garfield. For people who haven’t seen any of those films, they probably still know who Spider-Man is. His story is part of the American lexicon. For those reasons, I’m glad that Marvel resisted the urge to tell this story again. I’m also glad that they decided to set his story six months after he got his powers. That way, most of his story can still be told. If they choose to tell another Green Goblin or Sandman story, they can, but we don’t have to have it explained to us yet again that he was bitten by a radioactive spider.

I’m also glad that Spider-Man is being played by a teenager. Because Tom Holland is 19-years old, and a young looking 19 at that, his portrayal of a 16-year old Peter Parker worked really well for me. He’s confident, but not too confident; he’s competent, but not too competent, and he’s appropriately in awe of all these characters even though he’s fighting on Stark’s side. Everything about this character was the Spider-Man that we’ve been reading in comics for years. Marvel really nailed it with this one.

Can we please get a Falcon and Bucky buddy film? This doesn’t even have to be an action film. Maybe the two of them spend a summer backpacking across Wakanda and they get into some hilarious hijinks. Seriously, I just want to see Marvel do something to take advantage of the incredible chemistry that Falcon and Bucky shared.

I know we’re all waiting to see if Marvel Studios will give Black Widow her own solo film, but for now, we have to settle for her as a character in the films of other characters. I put it that way because I refuse to call her a supporting character because Black Widow is no one’s support; Scarlett Johansson manages to own every scene she’s in, just as she does in every other Marvel film. Much like Black Panther, Black Widow is her own woman and answers to no one. Whatever decision she makes feels like the correct one simply because she made it. Take for example zapping Black Panther while Cap and Bucky escaped. With any other character, that would have felt like an act of betrayal, but she made it seem like the right thing to do. That’s not writing or directing; that’s all Johanssen and her amazing acting abilities.

There seems to be a consensus that Marvel Studios has a problem when it comes to villains. They are usually underdeveloped with poorly explained motivations. That wasn’t the case with Helmut Zemo. While he didn’t get the same amount of screen time as villains usually get in these films, the less-is-more approach worked here. Saving his true motivations until the end also worked for me. The twist of having a family that died during the events of Age of Ultron actually made him a little sympathetic, and his plan to tear the Avengers apart prevented him from being the usual mustache-twirling villain we tend to get in superhero films. The Russos, Markus, and McFeely really seemed to go for something different here and I think they succeeded. 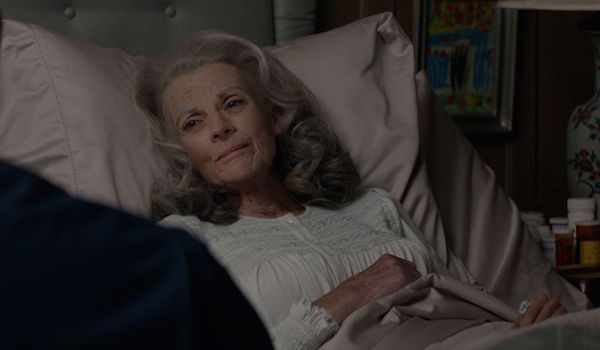 Peggy Carter’s last act in the MCU was inspiring Captain America to stand up for what he believes. They took this iconic scene from Amazing Spider-Man #537  and gave the words to Carter:

That scene was not going to work in this film because of the development of Spider-Man, but I’m glad they worked that final line into the film and I’m glad Markus and McFeely gave it to Peggy Carter. That is something I have no problem picturing her saying.