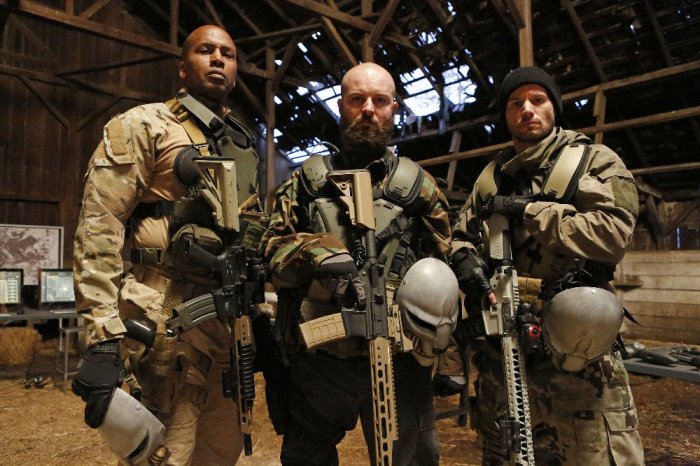 WARNING: There are spoilers ahead for the latest episode of Marvel’s Agents of SHIELD.

Now that we’re inching closer to Captin America: Civil War (36 days excruciatingly long days), we’re going to start seeing more and more how the people in the Marvel Cinematic Universe really feel about superheroes. We got our first real taste of the impending civil war with this latest episode. The Watchdogs, a right-wing group that originally appeared in a Captain America comic back in the 80s, is venting their frustrations on the “freaks.” They’re fed up with the Avengers, the alien invasions, Ultron, Sokovia, and everything else that has shattered their narrow worldview (to be fair to them, I’d be pretty upset if aliens invaded New York and a killer robot tried to destroy the world). This is the kind of sentiment that will lead to the Sokovia Accords in Civil War. People are fed up and superheroes have to answer for that.

So how will this all tie-in to Civil War? As we saw at the end of the episode, the Watchdogs are being fed information from Hydra (this fits in nicely with the comics as the group was being secretly led by Red Skull). We don’t know what part Hydra will play in the Civil War film, but it’s going to be something. Frank Grillo will be reprising his role as Brock Rumlow, AKA Crossbones, and Daniel Brühl will be playing Baron Zemo. Crossbones has barely been featured in any of the Civil War trailers and we haven’t seen Baron Zemo at all, but they’re in the film. This could mean that the catalyst for the film, an incident that finally sets the public against the Avengers, comes from Hydra. The Sokovia Accords themselves could be the result of Hydra lurking in the shadows and manipulating everything. Agents of SHIELD won’t be getting a shoutout in an MCU film anytime soon, but it could be setting the scene for Civil War to take over, much like it setup the opening fight for Age of Ultron.

I don’t get to talk about Mack much in these posts. He’s one of my favorite characters, but it’s not often he gets to be front and center on the show. He’s been around for almost two full seasons and this is the first episode I can think of where he was truly a main character. Hopefully it doesn’t take two more seasons for him to get another episode because he was great. The interactions with his brother Ruben, played nicely by Gaius Charles, were tense and uncomfortable, but purposefully so. We don’t get to see the characters interacting with their families very often, so getting to see the lie that Mack was living was interesting (can anyone really see Mack as an insurance agent?). It paid off in the end the only way it could on Agents of SHIELD; not with an apology and a hug, but with a shootout in your old boyhood home with your brother watching your back.

This episode also gave us some badly needed character development for Mack. I’ve suspected for a while that Mack is over his fear of aliens and the Inhumans, but he hadn’t said it yet. The whole thing was taken care of in this episode with one simple line of dialogue. He may not support the way Daisy went about getting information in this episode, but it’s not because of her abilities. That’s a big step for him.

We haven’t seen an episode this personal for Daisy since the end of season two when she had to fight her own mother. But this was a different kind of personal because the outside world is starting to rebel against Daisy and her people. That can’t be an easy thing to deal with, and we saw how ugly she can get when she was prepared to throw civil liberties out the window all in the name of questioning a Watchdog supporter. This set up some new tension between her and Mack, and Mack’s better angels lost out as Daisy accosted the guy as he was driving down the highway. I’m not sure how significant Daisy’s dark turn will get in future episodes, but for now I think Mack getting shot in the Watchdog raid has snapped her back into the realm of good. It shows her that it’s not just Inhumans against the world; non-powered people are getting hurt by the bigots and extremists too.

I liked the basement standoff between Coulson, Lincoln, and Blake. As I’ve said before in these posts, I love any scene that allows Clark Gregg to just stand around a talk. I swear I’d watch a whole episode of just him giving a monologue (get on that, writers). I loved the callback to season one with with the return of Felix Blake, and I liked how this told us that it’s not just regular people that have a problem with the superheroes of the world; these tensions exist within the world of SHIELD itself. The reintroduction of Blake gives us a villain that’s a little more personal to Coulson, and hopefully that allows Coulson to come back into the spotlight a little.