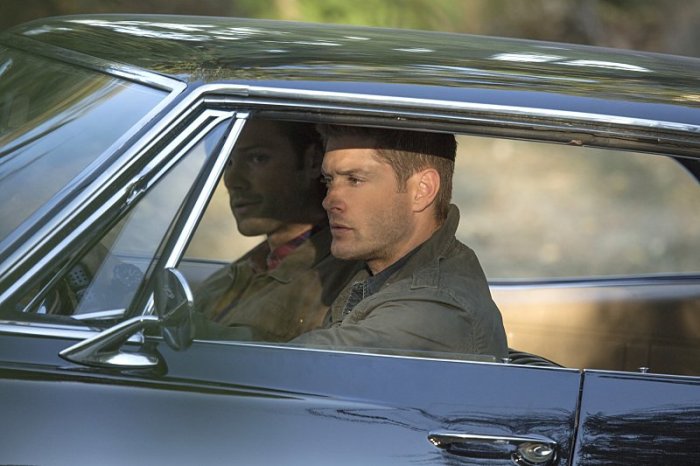 WARNING: There are spoilers ahead for the latest episode of Supernatural.

Maybe it’s just me, but this season of Supernatural has a season one vibe to it. The end of season ten was sort of like a reset for Sam and Dean. For the first time in a long time, no one had the Mark of Cain on them, no one was turning into a demon, or possessed by an angel. It’s just Sam and Dean on the road “saving people, hunting things – the family business.” Other series regulars like Castiel and Crowley have taken a back seat to the monster-of-the-week stories that the Winchester mythology was built on a decade ago. I feel like the writers are setting up a whole new story right now. Seasons 1-5 gave us the demon narrative while 6-10 was all about the angels. I don’t know how much longer Supernatural can continue, but we’re seeing the start of a third narrative. I don’t know what the writers have planned, but so far I like where this is going.

Amara is continuing on her quest to feed on souls until she grows stronger. This episode left us with some questions, the main one being how did Amara get out of Hell? When we last saw her, she looked ready to confront Crowley just as the King of Hell was beginning to realize that he was in way over his head. Whatever she’s doing on earth, I hope her tale remains big. Amara is being setup as the biggest villain this show has had since Lucifer. The Darkness was sold as a formidable foe for even God and all the angels. The writers are on the right track, they just need to develop this better than they did with the Leviathan.

As much as I love the Sam and Dean show, I miss having Castiel and Crowley around. Two straight episodes doesn’t sound like much, but these two inject a life into the show that no other characters, not even Sam and Dean, can make up for when they’re gone. They are polar opposites of each other, when they’re on-screen together, the juxtaposition of the two always makes for an intriguing story. In a way, Castiel and Crowley are the Sam and Dean of the angels and demons, just taken to a whole new extreme. Hopefully the writers bring them together again soon.

This one was a little more subtle, but I loved Amara watching Sam and Dean drive away at the end. Having her say, “See you soon, Dean” was such a great way to get us enthusiastic for the upcoming weeks. It’s also nice to remember that not every great scene needs action; sometimes one line sells the whole thing.