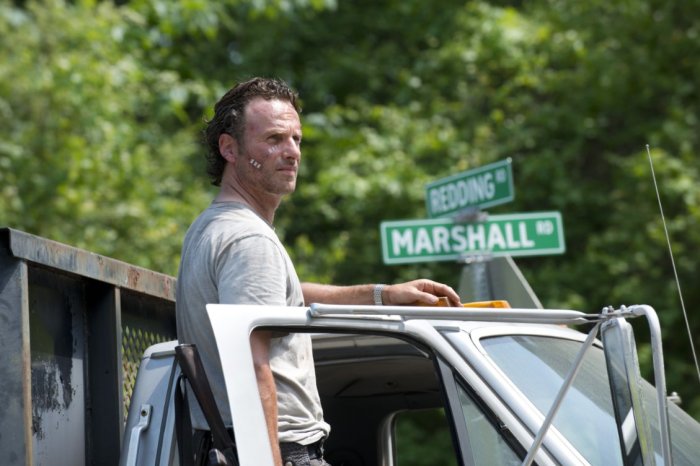 WARNING: There are spoilers ahead for the season 6 premiere of The Walking Dead.

When we last saw Rick, he was at a breaking point. He was on the verge of getting kicked out of Alexandria, he watched Reg get killed by Pete, and he had to immediately execute Pete for that. The show picked up immediately where it left off, with Rick reunited with Morgan. From there, a ton of character development for Rick was crammed into this episode, but I think it was done well. The end of last season had me wondering if we would see a return to the “Ricktatorship,” but Rick never quite went over that edge. It probably helped that he had the support of Deanna, but even without that, Rick still just wanted to help the people of Alexandria survive, to save the people who can be saved. The episode started with Rick being the man who “doesn’t take chances anymore,” but as time went on, he began to accept that some people just aren’t long for this world. Nothing drove that point home more than Rick telling Morgan that Carter should have been killed, but someone like him won’t survive anyway. Rick is still as cold as ever, but he’s seemingly accepted that some people can still be taught to survive in this world.

I feel like the whole purpose for Morgan is to remind Rick that he’s still a good man. When these two first met way back in episode one, Rick was confused and scared. Without knowing the strange new world he had just awoken to, Rick probably would have died that day if Morgan had not found him and gave him shelter. Like the people of Alexandria, Rick was naive. Having Morgan come back to the show now gives the writers an excuse to keep Rick from going over that edge.

The last time we saw Glenn, he was almost killed by Nicholas. I love that Glenn, staying true to character, has chosen to forgive him rather than punish him. That’s not who Glenn is. I also loved the scene between Maggie and Tara. She’s been around long enough, and is such a positive character, that it’s easy to forget that Tara entered the show on the side of the Governor. It would have been difficult to accept Maggie letting Nicholas’ actions go so easily, but telling Tara that she’s one of the most important people in her life even though they first met on opposite sides was one of the best scenes of this episode. Tara offers a strong juxtaposition to Nicholas, and her role in the group allows his redemption arc to make sense to the viewer.

I liked that the writers tried something a little different with the narrative here, and I think it worked out well. There was so much to catch up on after last season’s finale, and having an episode devoted solely to the events after would have made for a boring premiere. Seeing the group deal with the massive herd of walkers while also catching us up on the rest of story kept things exciting. Plus, I loved that the flashbacks were in black-and-white as I appreciate any small nod to the comic book.

Carl had scene and no lines in this episode. After five seasons, someone finally got Carl to stay in the house.